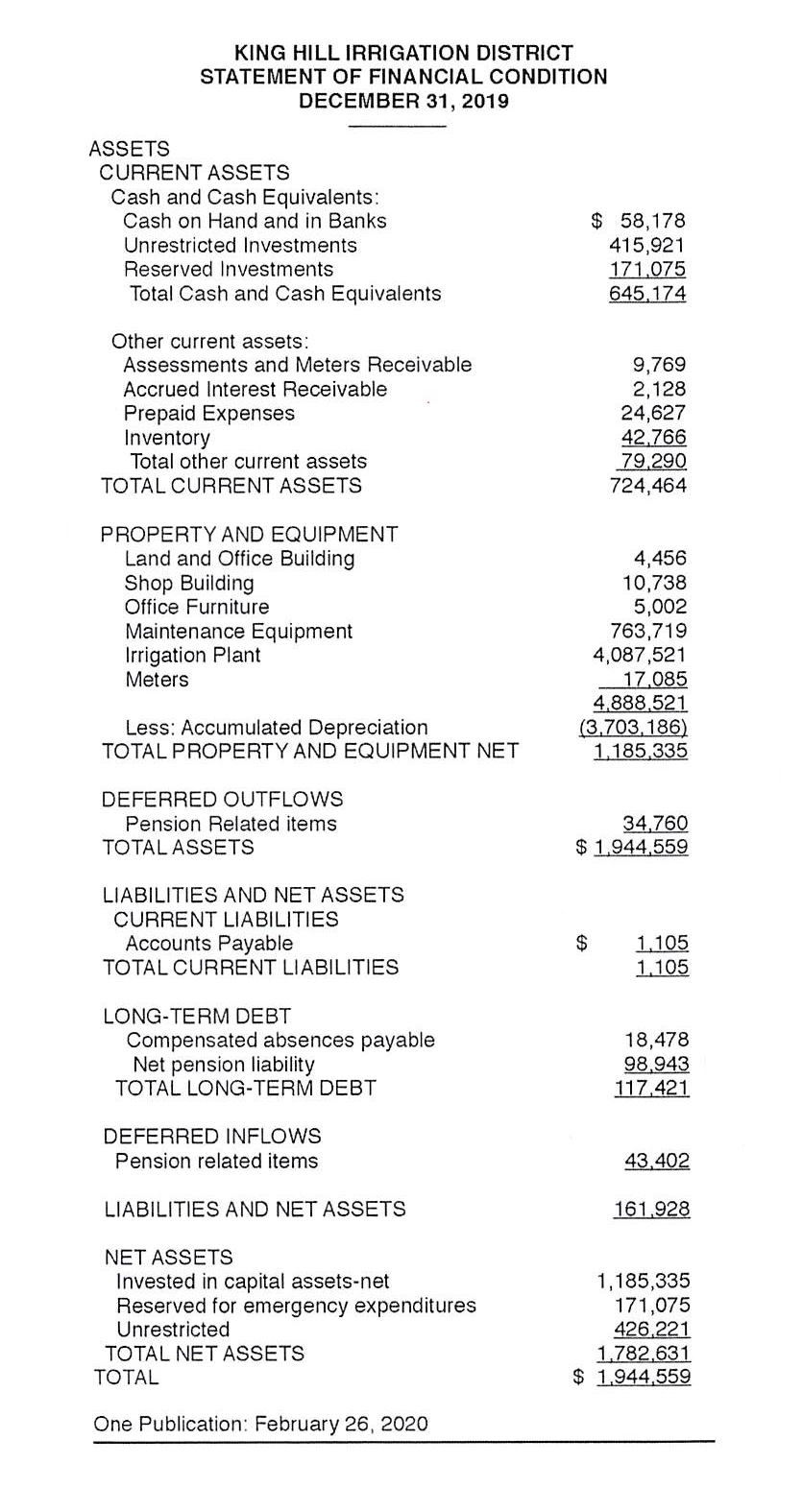 The King Hill Irrigation District Board of Directors will meet at 7:00 PM, Thursday, October 10, 2019 at the District Office, 4183 N Meridian Street, King Hill, Idaho to hear any objections to the 2019 O & M Assessment.

Nominations for each Director may be made by petition, signed by at least twelve (12) electors of the District from Division 2 and twelve (12) electors from Division 5, qualified to vote for the candidate nominated, and filed with the Secretary of the District not less than 40 days or more than 60 days before the date of said election.  Petitions may be obtained from Katherine Pruett, Secretary/Treasurer, 4183 N Meridian Street, King Hill, Idaho. Petitions are due by September 26, 2019 by 5:00 PM.

In the event more than one (1) candidate is nominated within each Division, notice of the time and place of election will be posted as required by Idaho Code 43-206.

Excepting that, in accordance with Title 43-201A of Idaho Code:  “If, pursuant to section 43-201, Idaho Code, the Secretary of the district verifies that there is only one (1) qualified candidate who has been nominated for the position of Director to be filled, it shall not be necessary to hold an election for that position, and the Board of Directors shall declare such candidate elected as Director at the next regularly scheduled board meeting following the expiration of the date for filing written nominations.”